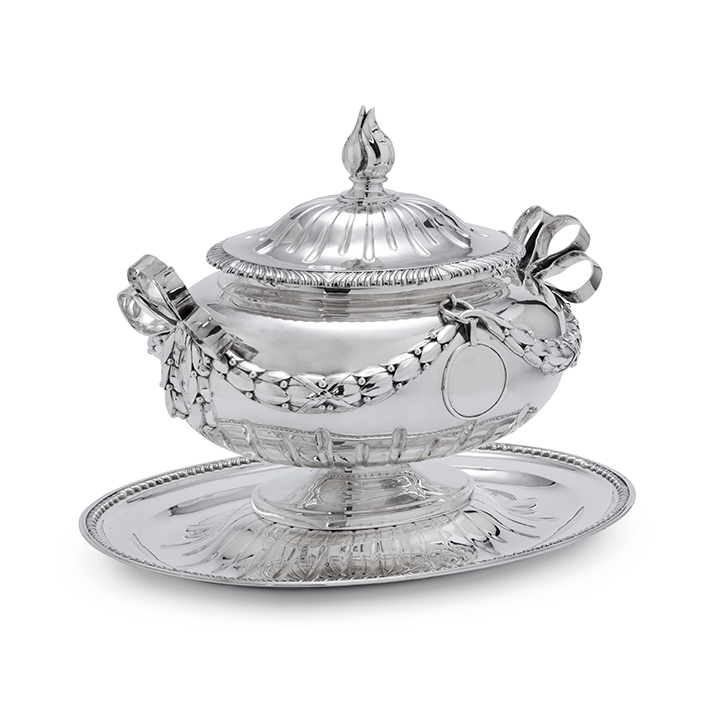 The impressive oval tureen with bow-shaped handles, applied with swags and chased with medallions and fluting, has a detachable fluted cover with a cable border. The tureen is placed on a stand in similar outline. Fully marked at the reverse and displaying an assay stripe.