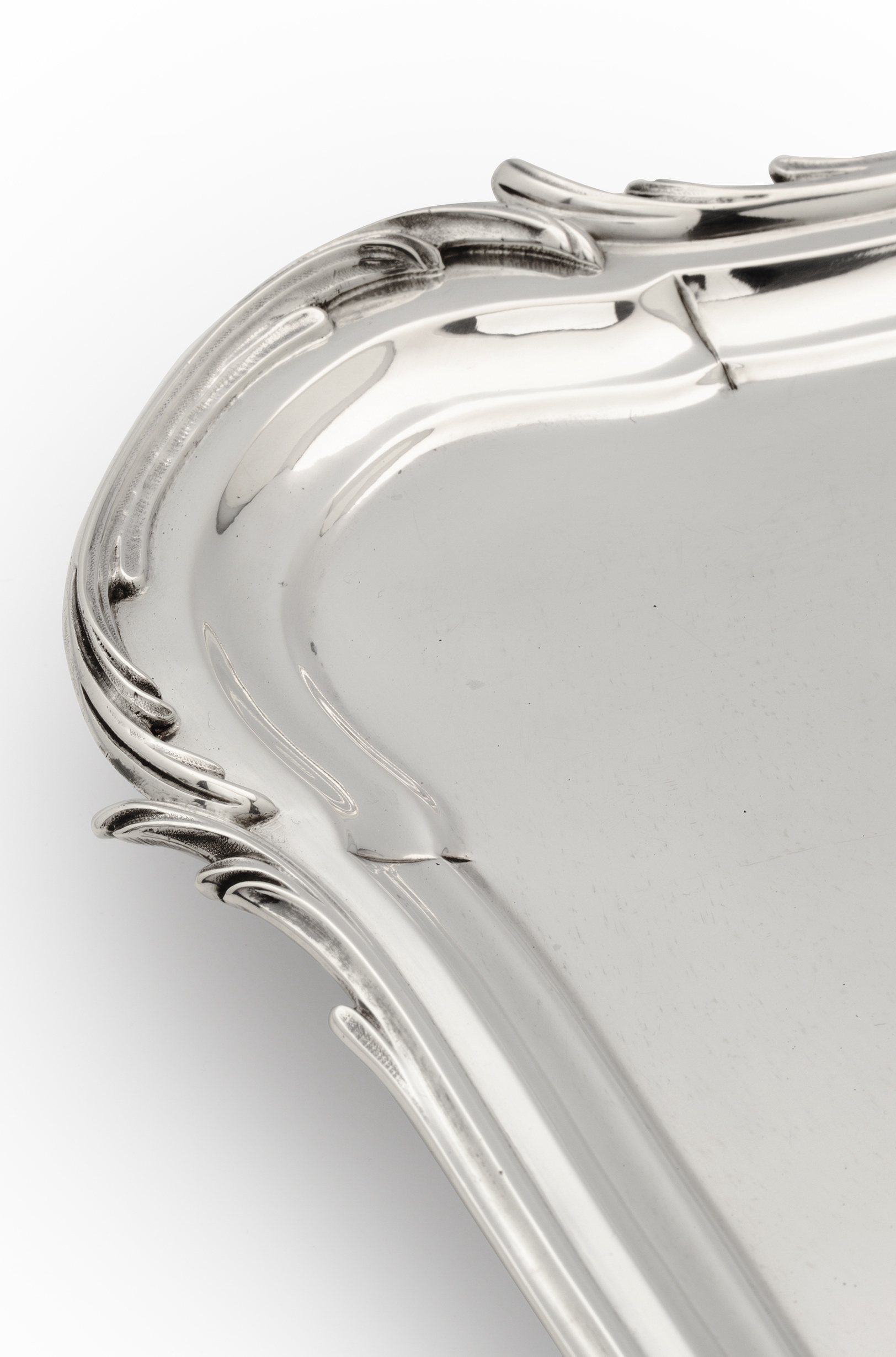 The oblong-shaped salver with rounded corners has a moulded border with acanthus scrolled rim. It is raised on four scroll panel supports. Fully marked at the reverse and displaying an assay stripe.

The silversmith Reynier Brandt (1702-1788) was born in Wezel (Germany), son of Wilhelm Brandt by his wife Anna Katharina Westerholt. In 1734 he became citizen (poorter) of Amsterdam and also master of the Amsterdam silversmiths’ guild.
Some years later he married Maria van Wierop, Hendrik Swiering’s widow, who already had a son, Reijnier Swiering, The couple lived at Lauriergracht. Reynier Brandt was a very productive master during his long active life. He has made many baskets, salvers and casters. After his wife’s death in 1782, he lived with his son Gerrit Brandt, who also was a silversmith, at the Prinsengracht. In 1788 Reynier Brandt died and was buried, like his wife, in the Westerkerk, a Reformed Church, His stepson Reijnier Swiering, who had worked for Reynier Brandt, but also for retailer Peirolet, did not inherit anything, for Gerrit was the only heir.