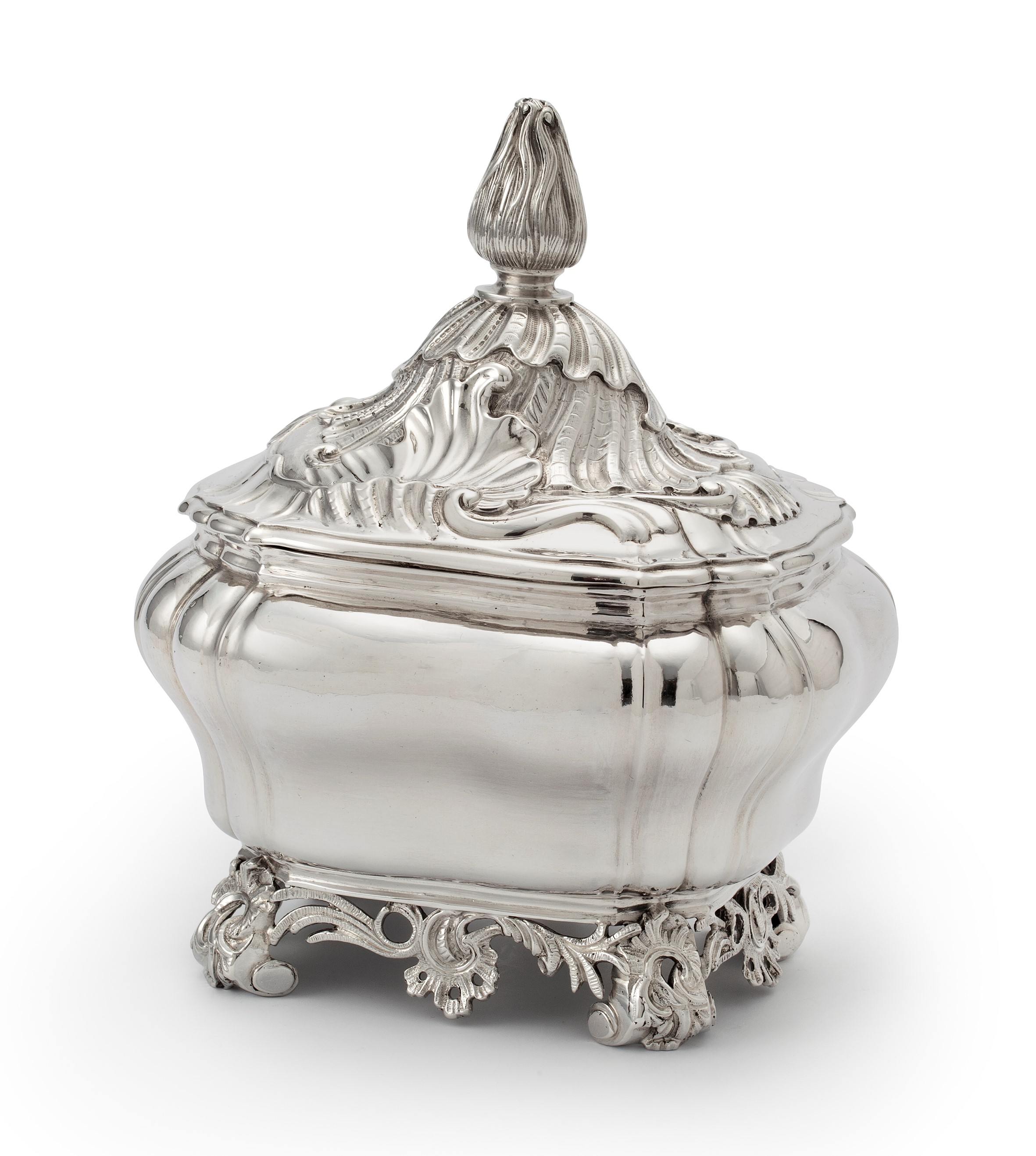 The large bulbous tobacco jar is raised on four scroll supports, bordered by rocaille in between. The detachable cover is cast and chased with rocaille and has a flower bud finial. The inscription at the reverse reads: Gerrit Schuurman Lindelay. Fully marked at the reverse and displaying assay stripes.

Nowadays, Dutch silver tobacco jars can be found in museums and private collections, but in the past they were actually used by pipe-smoking magistrates and merchants, who loved to surround themselves with precious objects. From 1720 -1790 the finest silver tobacco jars were made throughout the Netherlands, in various styles and sizes. Thereafter, they often came with a matching brazier, containing coals for lighting the clay pipes. In a jar the tobacco would be well preserved and kept dry.

Valentijn Casper Bömcke (Beumke), who came from Dortmund, Germany, registered as ‘poorter’ (citizen) of Amsterdam in 1757. It is likely that he became a master of the silversmiths’ guild that same year. In 1757 he also married Catharina Magtelt Halfman. The couple’s address was Noorderstraat in Amsterdam. Bömcke’s name as a master appears on a list of the ‘Generaliteitsmuntkamer’, dated 1768. The last two years of his active life he spend working for the company Peirolet in Amsterdam. Valentijn Casper Bömcke died in 1782. His son from his first marriage, Cornelis Hendrik, also became a silversmith. After his father’s death he probably made use of his father’s makers mark for a while. Thereafter, he himself became ‘poorter’ of Amsterdam and subsequently could do the master’s test of the guild.